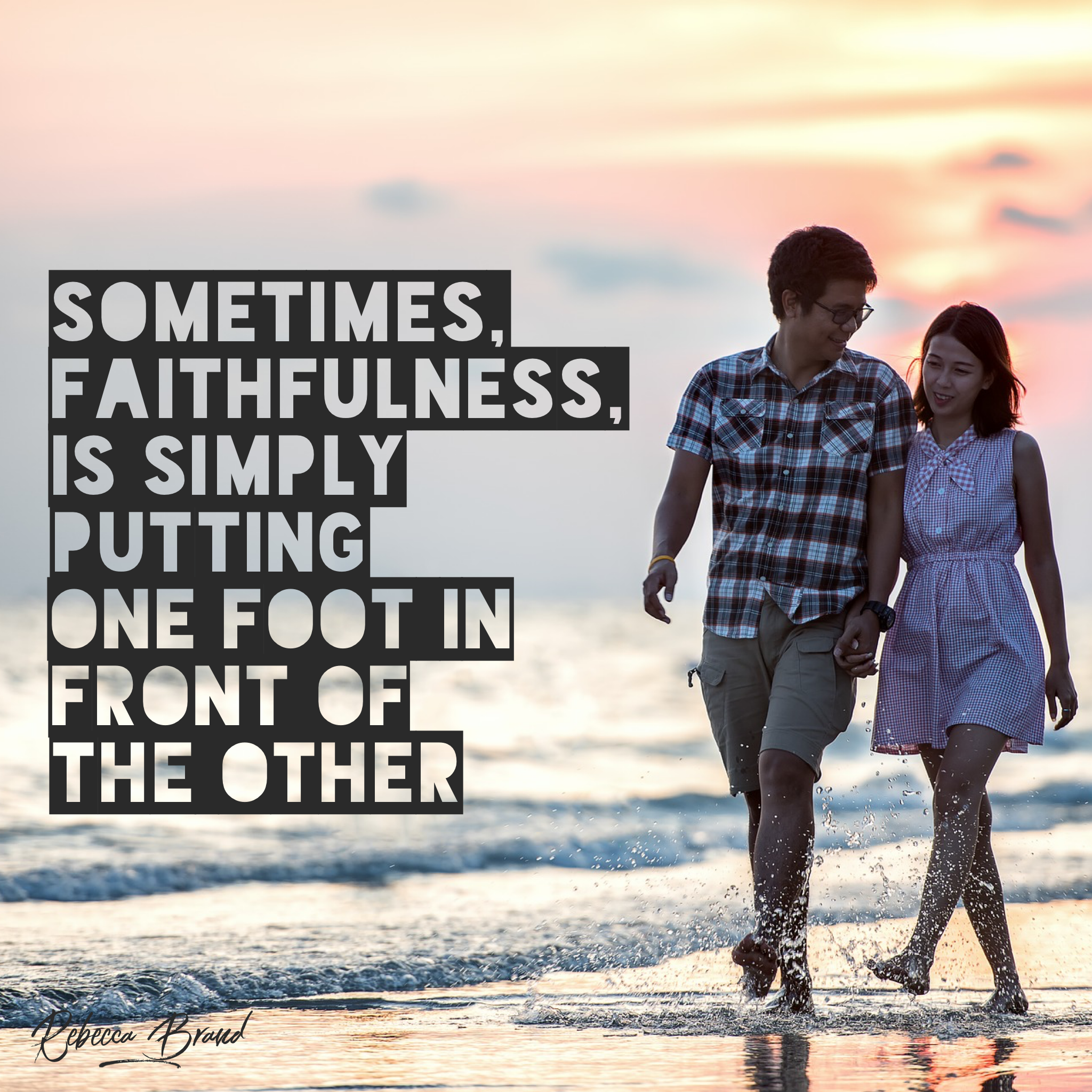 Have you ever been in a place where God has asked something of you, and you feel a million miles away from how you ”thought” it was going to go?

Imagine Joseph – he was told by an Angel to take Mary as his wife, and to name her unborn child, Jesus – who wasn’t Joseph’s. Then they get called to go to the Census, in Bethlehem, because Joseph is from King David’s lineage, and then, Mary has her baby in a stable, rather than some five-star luxury resort, because after all, Mary is carrying God’s child

If I were Joseph, I would have thought, ”did I get this wrong?” I mean, Joseph must have doubted many times, on the journey, what he ”thought” he heard the Angel say

Yet, we see, time and time again, that when God spoke – Joseph faithfully obeyed, and remained in that circumstance until God spoke again. He trusted God to put one foot in front of the other, which always led his family to a place of safety

Sometimes, faithfulness is simply putting one foot in front of the other, and walking by faith, and not by sight. Declaring that you are trusting God in this unseen process, and watching God’s goodness unfold, even if that is days, months, years…or unseen. Sometimes, we don’t get to know why, or where, or how, but I want to encourage you, that if God spoke to you – whether the audible voice or stillness in your Spirit – and He hasn’t spoken since, remain faithful to that call

Don’t go back to what makes you feel comfortable…

Look towards Heaven, and like Joseph, be obedient to what was asked of you

”At that time the Roman emperor, Augustus, decreed that a census should be taken throughout the Roman Empire. And because Joseph was a descendant of King David, he had to go to Bethlehem in Judea, David’s ancient home. He travelled there from the village of Nazareth in Galilee. He took with him Mary, to whom he was engaged, who was now expecting a child. And while they were there, the time came for her baby to be born. She gave birth to her firstborn son. She wrapped him snugly in strips of cloth and laid him in a manger, because there was no lodging available for them.” Luke? ?2:1, 4-7?

Helping others learn about:

?? The Prophetic
?? Spiritual Warfare
? Angelic Realm
? Spiritual Freedom
???? Loving those who hurt us
?? Victory in God